The Harpoons - Do You Want My Love? 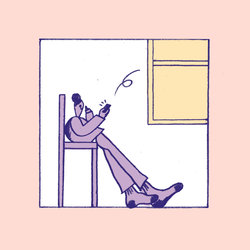 The Harpoons are an intensely joyous dancy-pop band from Melbourne, Australia. Henry (bass, percussion), Jack (guitar, percussion), Bec (vox), Marty (percussion) are BFFLs that grew up making music together! Two of them are even brothers (hi Jack and Henry). They are particularly intent on making experimental pop bangers.

Renowned for their soul-infused, contemporary pop sound, “Do You Want My Love” is the band's first release since 2014’s highly acclaimed debut LP Falling For You and 2015's irresistible "Ready For Your Love". Crafted over two years, Falling For You featured singles “Unforgettable”, “Keep You Around” and “Can We Work This Out”, which had previously won over fans via their infectious live show. The album soared to international acclaim taking them on a world tour with stops in Japan, the UK and New York, following local festival appearances at Big Sound, Meredith and Falls.