The Grates - Turn Me On 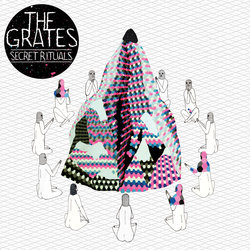 The Grates spent the better part of two years immersing themselves in Brooklyn culture and taking a bite of the Big Apple. It’s fitting that their new album “Secret Rituals” should take on a few traits of the city that never sleeps.
After five years of touring the world with their first two critically acclaimed albums, The Grates decided to take a different approach to their new record.
‘Secret Rituals’ is a giant step forward for The Grates. There are still the infectious choruses, cheeky singalongs, and artfully addictive arrangements that characterised the band’s first two albums, but nobody could accuse The Grates of being ‘cute’ any longer. The band’s latest effort is broader and tougher in scope, more stripped back and bold.
Whatever rites of passage The Grates invented, they worked. Secret Rituals is as worldly and cool as the town it was written in, while steeped in sweet nostalgia for the band’s hometown roots.


First single ‘Turn Me On’ is a statement of intent. Sassy, sexy and bold, ‘Turn Me On’ sheds The Grates’ inhibitions. Incorporating bass, layered keyboards and electronic touches the single is adventurous in its musicality.

Other tracks by The Grates: Sweet Dreams  -  Like You Could
%