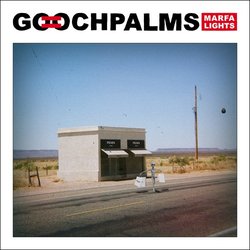 Since releasing their second album “Introverted Extroverts” back in 2016 The Gooch Palms have been playing their asses off. Touring the big wide world and playing hundreds of lives shows they have continued to perfect the art of their loose as hell total weirdo party! And they’ve had some great company doing it, playing along-side some of their good buddies such as Violent Soho, DZ Deathrays and Skegss as well as over 50 shows across Australia, USA, UK and Europe with their BFFs Dune Rats.

When tossing up who they wanted to release the first of what is guaranteed to be many smash hit singles, The Gooch Palms couldn’t look past their old pals Dunies and Ratbag Records!

Marfa Lights follows The Gooch Palms smash hit first single, Busy Bleeding Featuring Kelly Jansch, from TOTTY. That's right, the poppy upbeat ode to “that time of the month” that you've heard across the airwaves. To celebrate the release of Marfa Lights, The Gooch Palms will hit the road along the east coast.


Marfa Lights is a song about The Goochies’ brush with some paranormal (maybe) activity. You can enjoy and sing along to the full story by peeping the music video made by the band themselves featuring a hypnotic alien dancing (90’s viral “Dancing Baby” style) in front of one of Marfa’s permanent art installations. Never forget, the truth is out there!!!