The Ghost Hotel - Take Me Home 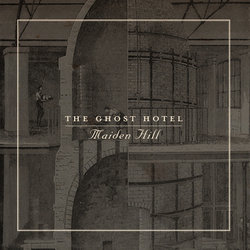 Perth-based five-piece The Ghost Hotel have had an amazing past couple of years, being Unearthed by triple j and chosen to support Powderfinger on the first show of their farewell tour, and performing at festivals such The Big Day Out, West Coast Blues and Roots and Southbound. The band has also recently supported the likes of Cold Chisel, Crowded House, Elbow, Okkervil River, Gomez, You Am I and many more, and received triple j rotation for their track "She Said, She Said" from their self-titled EP.
Featuring some of the Perth original music scene's most respected songwriters, The Ghost Hotel are a mixture of rough and ready guitar noise, acoustic twang and pop sensibility. The current lineup of the band formed in 2008, following various incarnations based around founding member Aaron Gibson’s songwriting.
In late 2009, the band released its self-titled EP on the Perth-based label Walking Horse Records, leading to a support slot on the first show of Powderfinger‘s farewell tour in Newcastle courtesy of triple j Unearthed, and a five-star review from the station’s Music Director Richard Kingsmill. Now, the debut album “Maiden Hill” has arrived and displays the band’s songwriting brilliance at its peak.

Other tracks by The Ghost Hotel: For My Crown  -  Sing It
%