The Fairground - The Devil Didn't Win 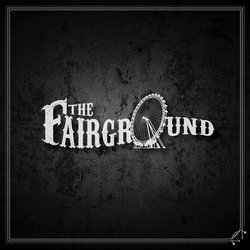 ‘The Devil Didn’t Win’ is the third single from Australian country group The Fairground. Their debut single ‘Burn The Room’ went straight into the iTunes Top 20 Country Singles Chart and earned a #1 across multiple radio networks. Their second single ‘Gimme That’ followed soon after and is currently sitting at #3. We now hold our breath to see what their third single can achieve.

The Fairground is country Artists Katrina Burgoyne, Paul Cowderoy and Will Osland. They say that becoming a country group was just an idea to have a bit of fun and perhaps do a show here and there while continuing their own careers. It has quickly become evident that their catchy tracks and blended harmonies could possibly lead them a little further then what they anticipated.

The Fairground self titled EP is released on the 29th November 2013 and was recorded at one of the best studios in the world, Ocean Way Studios Nashville and produced by non other than Australia’s very own Golden Guitar winner Dianna Corcoran.


'The Devil Didn't Win' is a catchy, edgy track about not letting the bad (or the poor choice) win each time. Written by hit American songwriters Meagan Conner and Shane Hines.