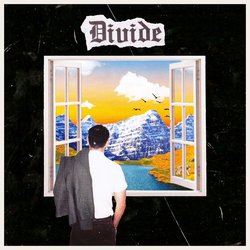 To start off with The Factory were four unlikely mates who happened to meet by chance back in 2018. All in different stages of life and backgrounds the one thing they had in common was their love for music, at least to begin with. After a few glasses of liquid courage they came up with the bright idea that they should start a band. Starting off from playing small open mic nights, then gradually getting regular gigs at the uni bars to then eventually supporting acts such as 'Allday' at Summerfest 2019. The Factory have slowly began to try and make a name for themselves. 2019 has seen them release 2 singles and we plan to release another by the end of the year. The Factory are no longer four random guys who happened to bump into each other. We're best mates who love to rock out and have fun doing it. We can't wait to create more music and take The Factory to new heights!


Divide, The Factory's second single, is about the internal struggle of someone who lives your average 9-5 life. They want to do more than just exist in this society but at the same time they are terrified to break away from the norm. Who wants to be normal anyway?