The Earl Of Grey - Hollow 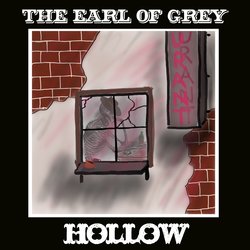 The Earl Of Grey has spent time in just about every corner of the wide, brown land that is Australia, and the sense of freedom, adventure and inevitable heart ache is on display from the first note you hear pass his lips.

With a pedal steel guitar playing father, The Earl Of Grey has somewhat of a country music pedigree, however it is his own life journey that makes up the stories he tells. Often consisting of nothing more than a thumbed acoustic guitar and his signature booming, gravel filled voice, The Earl Of Grey seeks to connect with his audience through shared experiences of grief, joy and humour, allowing everyone to fully engage with the lyrics and emotional telling of the tales.

If pressed to name influences, The Earl Of Grey would list the greats of the texas story teller tradition like Guy Clarke, Blaze Foley, Townes Van Zandt and many more.

Residing now in Central Queensland, The Earl Of Grey can be found at big events like the Tamworth Country Music Festival and in pubs, clubs and cafes up and down the east coast of Australia.


Hollow was written in an old apartment in the centre of Melbourne, quite literally as the first few lines say, above a restaurant. It’s a reflection of how sometimes, self destruction might help numb the pain of loss, but to blot out the good memories with the bad can leave us feeling empty and hollow.