The Devil in Miss Jones - Shake (Like You Feel) 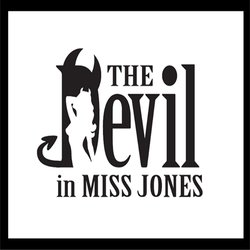 The Devil In Miss Jones are an eclectic Australian rock band formed in late 2010 by David Brennan, Trent Machin and Daniel Vermille. Their early sound was influenced heavily by classic punk and post punk bands of the 1970's although the band later evolved into a more garage rock, alternative rock sound.

The Devil In Miss Jones recorded their first two demo's, 'The Bride's Dream' and 'Honeybee' in early 2012 with Calvin Williams who had just joined the band as a replacement bass player, and continued to write and then perform locally for the remainder of 2012 through 2013.

They are now regularly playing shows around Perth and surrounding suburbs, and recording their debut EP. The first single, "Shake (Like You Feel)" was released on the 1st of August 2014, and the EP is due to be released in November.


Shake (Like You Feel) is about being different. It's a really fun rock & roll song, is catchy, and just makes everything come alive.

Other tracks by The Devil in Miss Jones: Blue
%