The Desert Sea - How To Bleed 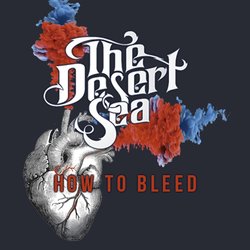 In true rock n roll fashion; The Desert Sea came from humble beginnings – three long-time friends, a case of beer and a guitar-fueled jam session that would be etched in their neighbours memories for years to come. Since then the Sydney based band has been blasting out a mix of blues, hard rock and grunge, that was once described as being “the love child of The Black Keys and Soundgarden”.
Since their inception The Desert Sea has embarked on multiple tours of Australia’s east coast, developing a loyal fan base and a reputation for high-energy live performances. Their unique blend of raw yet soulful vocal melodies, earthy riffs and chest pounding drums have shaken the walls of iconic venues in Sydney, Melbourne, Brisbane, Byron Bay and everything in between. Their passion for music and hard work have seen The Desert Sea share the stage with some of Australia’s finest acts including Sticky Fingers, Ash Grunwald, The Fumes and Jebediah.


How To Bleed was recorded and produced by the band’s fill in drummer and good friend, Lucius Borich, (COG) in his Byron Bay recording studio earlier this month. Diving straight into a heavy bass groove, How To Bleed quickly takes form with a somewhat ‘classic rock’ style introduction. Clearly influenced by the likes of QOTSA and Kingswood.