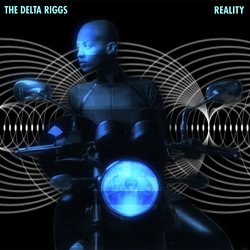 ‘Don’t You Frown’ shows a more poignant and emotive side of The Delta Riggs’ songwriting, which sets the tone for the band’s fourth studio album ‘Modern Pressure’.

Previous tracks ‘Out Of Place’ and ‘Fake That’, which served as a wake-up call for an age where Insta-fame, AR, and #fakenews dominate our digital realm. This sincere approach to songwriting saw ‘Fake That’ score a high rotation add on triple j leading into a sold out national headline tour, and clock up over 400k streams on Spotify.

Follow up single ‘Out Of Place’ was also met with widespread love, gaining a rotation add on triple j and clocking up over 350k streams and counting.

The new tracks follow the band’s acclaimed 2016 album ‘Active Galactic’, featuring the hit single ‘Baddest Motherfucker In the Beehive’ which has stacked up close to 2million Spotify streams since release. The Delta Riggs have also cut their teeth on some impressive live shows, having supported Foo Fighters, Kasabian, and Primal Scream, plus performing at Splendour In the Grass, Groovin’ The Moo, and Festival of the Sun.


’Reality’ is a song for the dreamers about looking inward to create your own change and not getting caught up in the details,” explains guitarist Jesse Pattinson.