The Delta Riggs - Get Back 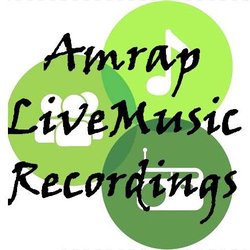 Hailing from Peats Ridge, The Delta Riggs are destined for big things.

These boys ain’t no “nouveau-retro” affectation! They wear their blues credentials and big band music pedigree on their sleeves. Call ’em white-boy soul or rhythm ’n’ blues, with a generous dollop of snake oil, spit and a sly wink; The Delta Riggs are as jubilant, joyously gritty, and steeped in classic freak ’n’ roll as ever a band was.

Musically, The Delta Riggs are as comfortable careening from scuffed ol’ time country to kick-in-the-teeth rawk. “So long as it’s got three chords, a cool beat and our version of the truth, that sums us up,” laughs Guitarist and Aaron Jackson.

Sure enough, live is where the band hit their stride, and the hubbub has already started. Especially after their knock out performance at Big Sound Live showcases 2010.


A blues rock band with a big and bold sound, The Delta Rigs are destined for big things. Hailing from Peats Ridge, The ‘Riggs were in fine form when recorded at 2010 Big Sound Showcase, Fortitude Valley Brisbane.

Other tracks by The Delta Riggs: Soul Train
%