The Dead Love - Wake Up 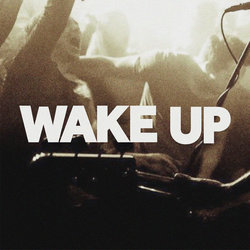 Sydney based grunge band The Dead Love list of achievements have grown exponentially since their inception. Their two full-length albums have garnered rave reviews and have seen them tour relentlessly with bands such as Dune Rats, The Smith Street Band, Aerosmith (USA). Their signature sound has captured hearts and minds all across Australia and internationally.

Members Stevie Knight, Clint Ossington and Miles Cochrane have developed a reputation as one of Sydney's most impressive, no-nonsense live outfits. They have garnered support from triple j, FBi Radio, Triple M as well as TV support from Rage and Channel V.

After the success of their last two singles "Sugarcoat" and "Ordinary"- all premiered on triple j and added to Spotify's coveted New Music Friday, Rock Out and Local Noise playlists, the boys are back with their strongest single to date 'Wake Up' and are embarking on a headline east coast tour in support of the single.


Wake Up is a heartfelt and thought-provoking rock song with a powerful message."It's a reminder that violence towards women is still very much present among us and happening closer than you think. It’s a story of an ugly breakup turning physical, and touches on how some friends stayed silent, even while others spoke up.”- Stevie Knight, Frontman