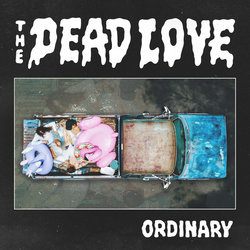 Sydney grunge revivalists The Dead Love are back!

Hot on the heels of a massive 2017, the band are ready to introduce their band new summer anthem 'Ordinary.' 'Ordinary' is the followup to the band's break out single 'Sugarcoat' which garnered strong support from triple j and Spotify and won the band a legion of new fans. The song is a confirmed live banger in the infamous Dead Love live show.

2017 saw The Dead Love play some massive shows including Snowtunes Festival (sharing the stage with bands DZ Deathrays,Gang Of Youths, Skeggs) and special guest supports with Grinspoon, Wolf & Cub, You Am I, Dune Rats, Brittish India, Waax, Food Court and more. The band finished the year with their own 'Sugarcoat' headline east coast run in November.

The Dead Love will hit the road again this March/April for national dates in support of 'Ordinary' and supports with bands like Tired Lion and more to be announced.

Watch out for forthcoming news on The Dead Love's new album, due for release in 2018.


The Dead Love bring driving grunge with a taste of punk to their new track 'Ordinary'. A great party track with a catchy, sing-along chorus, 'Ordinary' is a confirmed live banger. Leading the band into a possible album release in the coming year, 'Ordinary' is sure to be a hit.