The Dead Love - Back To You 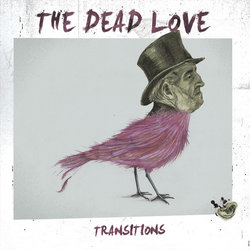 Since their inception, The Dead Love have maintained a blistering rate of pace, touring relentlessly and honing their signature sound that has captured hearts and minds across Australia.

Whilst developing a reputation as one of Sydney’s most impressive, no-nonsense live outfits, The Dead Love have shared stages locally and abroad with the likes of Aerosmith, Closure In Moscow, Van Halen, British India, The Love Junkies & Born Lion, just to name a diverse few.

After the successful release their debut EP, and subsequent airplay from Triple J, FBi Radio, 3RRR FM, PBS FM, The Dead Love have recently teamed up with Grammy nominated producer Chris ‘Frenchie’ Smith (Jet, The Toadies, The Dandy Warhols) to record their debut album.
The Dead Love have just released their latest single ‘Back To You’, taken from forthcoming album ‘Transitions’ (mixed in the UK by Chris Sheldon - Foo Fighters, Oceansize, Biffy Clyro).


From the moment you press play, Back To You grabs you by the collar of your shirt, throws you down into a seated position and straps you in for an intense dynamic journey. The Dead Love have shown a true evolution of sound. Just listen, this track speaks for itself.