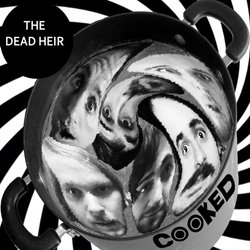 Six-piece outfit The Dead Heir started out as a noise rock n’ roll band in the late months of 2012. Since releasing their debut EP last year, the band have thrown themselves headfirst into the live music scene of inner northern Melbourne, refining their sound to a psychedelic garage groove.

Recorded by Joey Walker (King Gizzard) and fuelled by late nights and Coopers Pale, the forthcoming EP is raw, chaotic, electrifying and experimental.


New single ‘Cooked’, recorded by Joey from King Gizzard, is layered with jangly guitars, subtle organ lines and a rolling rhythm section. It draws its brooding pop flavour from a string of sordid affairs with late 60’s tunes and the neo-psychedelica of the 90’s alternative scene.