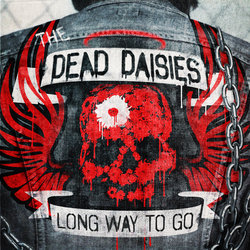 Influenced by 70’s and early 80’s rock, The Dead Daisies sound is soulful and accessible – equal parts of The Faces, Bad Company
and Foreigner: muscular vocals, bluesy riffs, big choruses, powerful melodies and strong hooks. With stellar musicianship and
pulverizing live shows, fans across the globe are discovering the band that is bringing back Rock & Roll!!
As with every other year for The Dead Daisies, 2015 was no different. The band kicked off the year with an historic visit to Cuba. Within months of trade restrictions being relaxed by the Obama administration, the band made a landmark visit where they played two sold out shows, visited music schools and played with local Cuban musicians. The line-up featured long standing collective members Richard Fortus, Dizzy Reed, Darryl Jones, David Lowy, and Marco Mendoza. They were also joined by singers John Corabi (Mötley Crüe/The Scream) and Bernard Fowler (The Rolling Stones) for the
first time. The trip was historic, monumental and left a lasting impression with the Cuban people and the band with the world media
covering the trip extensively.
The Cuban trip inspired the writing and recording of the second album titled ‘Revolución’ which was released globally.


Written by David Lowy and John Corabi, inspired by the relationship with Doc Neeson, along with the musical influences from Rick and John Brewster - The Angels.
“It’s a very meaningful to us and an ode to my friend Doc Neeson. It's very poignant with what’s going on in the world today."


Other tracks by The Dead Daisies: Join Together