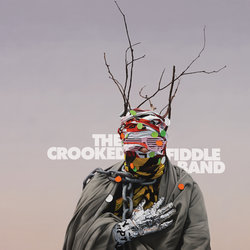 The Crooked Fiddle Band have become a cult favourite around the world, with 4 European tours cementing their place as festival favourites, and 2 albums recorded with Steve Albini in Chicago. A whirlwind of folk fiddle, tempered with epic post-rock build ups and the energy of a punk warehouse party, the band was handpicked by Brian Eno, who said 'I've never heard anything like it!' For their 3rd album, the band wanted to bring something personal: Another Subtle Atom Bomb is all of the band's angst, frustations and hopes around climate change, set to music. Experimental sounds abound, with Jess Randall's creaking, scratching fiddle roars, and Mark Stevens' buzz-saw double bass recorded through a rattling snare drum. But bringing it all home is the band's way of using energy as ecstatic expression, making the fantastical feel down-to-earth.


A post-apocalyptic Bonnie and Clyde romance, The Horsethief's Sweetheart is one of the lighter moments in The Crooked Fiddle Band's brooding climate change album. The track veers from tango to Eastern-European fury and thundering hooves, a soundtrack to an imagined romance in a harsh future world.

Other tracks by The Crooked Fiddle Band: Counter Errorism  -  Kings of the Mud
%