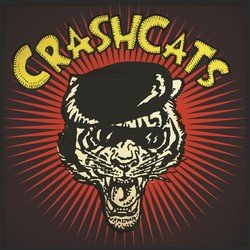 The CrashCats’ sound is a collision of Soul, Doo Wop and Beatnik Noir coated with a film of Psych drenched Swamp slime. Yum.
Hailing from Brisbane’s fertile West End, the ‘Cats met at a studio session at the legendary Tanuki Lounge for punkers Die Rude. Work on an experimental soul tune ‘Existential Blues’ created an electrifying dynamic that laid the foundations for an entirely project. Within 2 months a mini album was in the bag and several festival dates secured.
The CrashCats are fronted by the chartreuse Amy Jane - who spends her time between New Orleans and West End, Brisbane. With a background of Gypsy Jazz and the Blues, she has a powerful full bodied voice and a humidly seductive stage persona.
Sharing the song writing and bass duties is Rudi Quinzalez (Rudekat Records) who is joined by drummer Nicky O’Duinan, guitarist Conor Roche and keys man Andy Donald. Cameo performers include Davie Walters, Paulie B, James Penrith and the all-girl Vipers Gang.


Existential Blues is the lonesome feeling at 1am, listening to a freight train rumble through your sleeping town, writing to your muse to come back and keep you company - but all you have is a box of 33's and some bittersweet memories.