The Con & The Liar - Drummers & Lovers 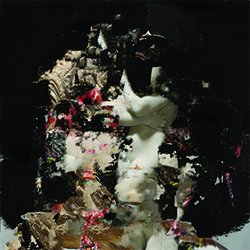 Bursting onto the Brisbane scene in late 2013 The Con and The Liar’s bluesy, gritty, hook laden sound has found the sweet spot between Royal Blood and UMO.

Starting out as a duo with Callum Halstead as front man and Alex Marzullo on Drums, The Con & The Liar released their raw sounding debut EP ‘Deserters’ in 2014.

After Marzullo’s departure in early 2015, Halsteads vision of the band had evolved. Taking on the bands new drummer, Maxwell Kennedy instigated the recruitment of the bass, Adam Head. Quenching the thirst for the desired sound, The Con & The Liar found places for both Keys played by Melita Collins and Synth, Thomas Kinsella.

2015 saw the band selected for the Indie 100 Song Project and furthermore Little Bigsound. Later, the band released the first single ‘Sick Seedy’ (November) that left impressions that showed the the public that they had “managed to craft themselves a niche groove in Australia’s local rock community” (Tone Deaf) with a “Captivating” (4ZZZ) live set.

2016 shows promise for The Con & The Liar, starting the year on the road with the single ‘Drummers & Lovers’ taking on Sydney and Melbourne on their first ever interstate tour.


‘Drummers and Lovers’, weaved together from low-high dynamics with space for the fuzz bass and forced guitar stabs to riff along with the vocal melody to then unload with a huge sound of chord slides and bends in the chorus’ backing the hook “Everyone will let you down!”.