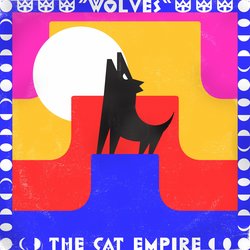 Written by the Cat Empire in2001:Where hip-hop meets reggae, where jazz is played with dirty hands, where a Cuban line meets an Aussie rule, where nothing seems in place but sounds like many places played in one earthy chord. This is the island where The Cat Empire was born.

Now in 2015, with over 1000 shows performed, more than 100 songs released and thousands of miles traveled around the world, this 6 piece ensemble from Melbourne have established themselves as one Australia's most internationally acclaimed bands. With album #6 ready for release early 2016, The Cat Empire are still pushing their musical boundaries and creating music that can only simply be described as their own sound.


‘Wolves’ is the first single to be released from The Cat Empire’s 6th studio album, due for release early 2016. Recorded in their home town of Melbourne, and produced by Jan Skubiszewski, this latest single has an infectious groove, and beats that lead you straight to the dance floor.