The Cat Empire - Steal The Light 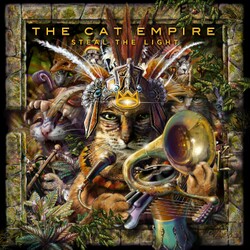 
The title-track from The Cat Empire's forthcoming album, “Steal The Light”, follows the extraordinary success of lead single, “Brighter Than Gold”, which has dominated radio airwaves since February.

Other tracks by The Cat Empire: Brighter Than Gold  -  Am I Wrong?