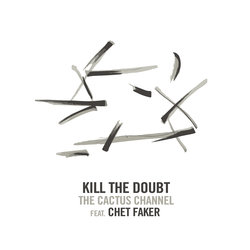 Five years in, two LPs and three 45s down, The Cactus Channel are taking control of their own destiny. Self-producing now, self-managing too. The same heavy instrumental hypno-funk that sample cutters dreams are made from. The same hyper-saturated boom, and the same echoing bap. It’s sp00kier now though. It seems darker and goofier at the same time. It’s like Tim & Eric collaborating with Jim Jarmusch at the Muscle Shoals In the year 2500.
Well established now as one of Australia’s premier instrumental acts, the musicians that make up The Cactus Channel are branching out. Collaborations with Chet Faker and more on the back- burner, as well as sessional players for artists such as Mojo Juju and WILSN, the band puts on heavy club shows and festival spots all over the country. Engineering and production on everything from future beats to soul throwback records. The move to Wyall Street marks the beginning of a new cactus chapter. Tune in. Headphones up loud with your nan. It’s a vibe, yo.


Funk/soul band, The Cactus Channel, have collaborated with ARIA Award winner Chet Faker for two tracks, ‘Kill the Doubt’ and ‘Sleeping Alone’ on a 7inch set for release via HopeStreet Recordings.


Other tracks by The Cactus Channel feat. Chet Faker: Kill The Doubt
%