The Brow - The Mantra 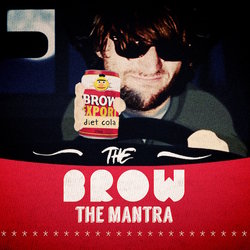 The Brow are a multi-award-winning six piece party hip hop band with horns.

Renown for high energy live shows, The Brow have shared stages with some of the world's best hip hop acts (including Arrested Development, De La Soul and Public Enemy) with the latter’s renown emcee Chuck D enjoying the band’s show so much he put a couple of their tracks on rotation on his New York radio station).

Perth party proliferators The Brow Horn Orchestra have grown from humble beginnings as a busking duo to an 8-piece genre-defying pop powerhouse.


The Mantra's a horn-infused hip hop number that pulls no punches. it gives a nod to many of the key musical aspects of Browism, from tubby textures and Latin elements to jazzy horn chops and back-and-forth rap verses. the lyrics move between party incitement and politically charged calling to arms.