The Boy Of Many Colors - Hungy 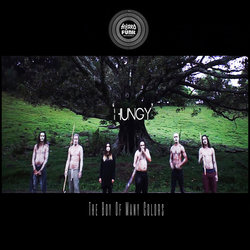 Indigenous rapper, producer, dancer, visual designer and editor Coedie Ochre Warrah McCarthy is The Boy Of Many Colors That Came In The Falling Rain, which is the traditional meaning and translation of his name, and the inspiration behind the title of his new project. Coedie is also a founding member, vocalist and Didgeridoo player with Byron Bay based 4-peice Indigenoise.

His tribes are the Yidinji Bar Burrum & Mamu of North QLD, and he was born in a place called Koonorigan on Bunjalung (butterfly) country where he grew up with many elders teaching him culture, dance and art. Showcasing his culture with them for years he took up Hip hop on the side and the results are a combination of tribal and modern music where the past and future meet. His totem animals are cassowary and possum.

His debut single ’Hungy’ meaning ‘hungry’ in street slang (and also a form of underground cooking in Maori language) is a song about Coedie being a hungry artist and being fed up with being held back by things in life.


’Hungy’ meaning ‘hungry’ in street slang (and also a form of underground cooking in Maori language) is a song about Coedie being a hungry artist and being fed up being held back by things in life. He calls out to his ancestors, spirits and creators to set him free to run a muck and make some movement in the industry.