The Bowers - Caught Your Smile 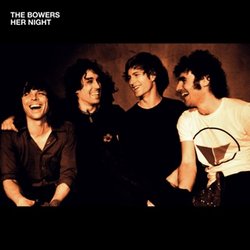 
'Caught Your Smile' is the second single from The Bowers' 'Her Night', an instantly captivating, reverb-drenched track penned by guitarist Phil Gionfriddo. The Age's Patrick Donovan mentioned Phil in the same breath as Daniel Johns, Missy Higgins & Gotye as being amongst the future of Australian songwriting.