The Bob Corbett Band - Your Hands 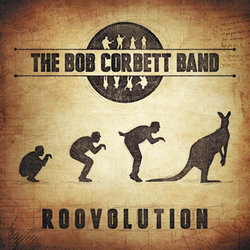 Out on 13th March, Roovolution is Bob Corbett's sixth studio album and the first under the new banner of 'The Bob Corbett Band'. As the album title suggests, it is both an evolution and revolution of the band's trademark 'Roo Grass' beginnings and heralds an exciting new chapter for fans, old and new. Any preconceptions are best
left at the door.

The new album is a stand out hybrid mix of folk, pop, classic and contemporary country, and rhythm & blues songs. Lush, diverse and soulful, Roovolution takes the listener on a unique intercontinental musical journey in a way that only The Bob Corbett Band could.

Roovolution is a testament to this 4-time Golden Guitar nominee who in the past has won Toyota Star Maker (2012), nine 1233 ABC Music Awards and 7 nominations in The Australian Songwriters Awards (2009 - 2012).


A soulful song with rich harmonies, cruisey back beat and emotive lap steel guitar riffs. Your Hands is a ripened description of missing home with an organic, contemporary rhythm and blues flavor. Think, Little River Band meets Bonnie Raitt meets The Bob Corbett Band on the Hay Plains of NSW.

Other tracks by The Bob Corbett Band: Kakadu  -  All My Ex Girlfriends Live On Islands