The Black Sorrows - Fix My Bail 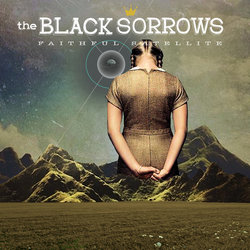 Joe Camilleri’s kicked a staggering number of goals over his 50+ years in music as a singer, songwriter, musician, performer and producer at the top of his game. As frontman of the seminal 70’s band, Jo Jo Zep & The Falcons, Joe was inducted into the ARIA Hall of Fame in 2007. With The Black Sorrows, there have been hits not only in Australia but also in Europe. Touring there several times playing songs that have become radio staples like Chained to the Wheel, Harley & Rose and Hold On To Me. There was an ARIA Award for Best Group in 1990, and last year their Endless Sleep album was nominated for the 2015 ARIA Award for Best Blues & Roots Album, the band's 19th nomination. Returning for the first time in 20 years, The Black Sorrows toured Scandinavia in support of the release of Endless Sleep that reached #13 on the Euro Americana chart in 2015.

2016 saw Camilleri and band go back to the studio for The Black Sorrows 20th album. Faithful Satellite is a kind of celebratory journey through the most vibrant musical styles of 20th century contemporary music and yet is always totally, unmistakably Joe Camilleri.


Fix My Bail – the first single from Faithful Satellite - is pure Appalachian bluegrass. Joe and co-producer John extract the essence of hillbilly from Davidson Brothers on violin banjo and mandolin.


Other tracks by The Black Sorrows: Winter Rose  -  Raise Your Hands