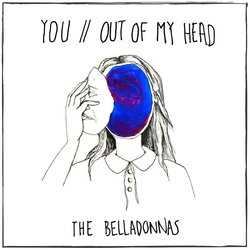 The Belladonnas came from humble beginnings as “The Rocket Sox”, formed at the JMC Academy in Brisbane, QLD, as part of an assignment to play reggae music. They decided they liked each other enough to keep making music together, branching out into playing original songs and developing as musicians. Several years later, they changed their name and began migrating from their original rock-reggae sound to more alt-rock.

Consisting of Dan Sparks on drums, Kailan O’Dell on bass, Jacque McGill and Daniel Corkill on guitar, Lauren Steele on keys/synth, and Erica Sunnex as lead singer, The Belladonnas combine genres like reggae and roots, metal, jazz, rock, and pop to create their own hard-hitting, alternative rock amalgamation of sounds. With influences like Fat Freddy’s Drop, to BadBadNotGood, to Twelve Foot Ninja, to No Doubt, The Belladonnas have crafted their own blend of sound, incorporating heavy bass driven tracks, soaring lyrics, and a gut-wrenching beat.


‘You’ lyrically explores outward emotion and action in a physical sense, It contemplates the actions of others using the 'wolf in sheep's clothing' analogy.

Other tracks by The Belladonnas: Out of My Head
%