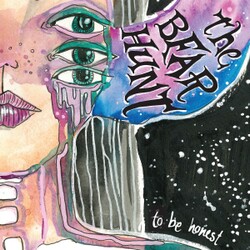 Brisbane's The Bear Hunt have thrown themselves down in an exhaustive heap after polishing off their first album, "TBH (To Be Honest)", released late 2015. Their latest and final offering is the heaving groove of "Tropical". Recorded at Red Hill's legendary Foundry, and mastered by Bryce Moorhead (producer of Violent Soho's "Hungry Ghost") the track is just another taste of the goodies that reside on this long awaited album.

The Bear Hunt were originally from the humid, stifling city of Townsville which provided the inspiration for much of TBH. Suffering a fate, similar to that of losing one’s legs, Bec & Lloyd relocated to Brisbane minus their rhythm section late 2012. However, the band pushed through and reformed with shiny new additions, Kate & Linda. Throughout this tumultuous history, The Bear Hunt have shared stages with the likes of Lanie Lane, The Medics, Claws & Organs, Lepers & Crooks, Pretty City and Joseph Liddy (ex Middle East).


“Tropical” is one of our favourite songs that we played in The Cot. The song was written in spite of the humidity and hot weather which can literally make you hot headed and irrational. Air conditioning is an absolute life saver.