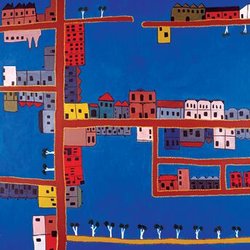 Notably, The Basics have always defied definition, recording in multiple genres, often at once, including blues, folk, country, rockabilly, pop, blue-eyed soul and ska. Bassists Kris Schroeder says, “Our approach to making music is much like a chef who, without any training, works with whatever ingredients are in the larder.”

That approach is evident on The Age Of Entitlement, the band’s first studio album in six years. While The Basics have released compilations and live albums, played various gigs together over the past 6 years and been knee-deep in other Gonzo-style adventures – Schroeder put out a solo EP Patience In The Face of Control, before moving to Kenya with the Red Cross; Guitarist Tim Heath toured and recorded with his Spaghetti-Grecian mariachi band ‘Blood Red Bird’; and Drummer/Vocalists Wally de Backer pieced together Making Mirrors under the Gotye pseudonym – this is the band’s first studio release since 2009’s Keep Your Friends Close.

Schroeder says, “All three of us are like brothers; or maybe more like a gang of old war buddies - and we’re back in the trenches for another tour of duty.”


'Roundabout' is a jaunty, punchy, pop song. The track has a 'wide range of sounds and themes and is a 'reflection of our personalities and tastes'. Catchy lyrics and a steady hook that creates the bed of the song.

Other tracks by The Basics: A Coward's Prayer