The Barren Spinsters - West of the Happiness 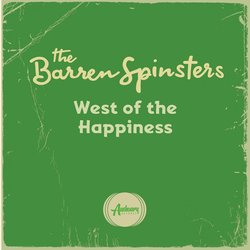 They look like a two piece, sound like a five piece, and move like a hair piece. Frontman Brendon Houlahan plays guitar with his hands, bass with his feet, and sings with his face. Matt Tennant belts the drums really hard, sings a little bit, and wears really dumb shirts while doing it. Together,The Barren Spinsters deliver 70s blues rock with a modern thrashy twist. Much the same way that Wolfmother doesn’t.

Their new single 'West of the Happiness',from the band’s upcoming debut album 'Ten Steps To Cynical Thinking', can now be heard on all good streaming platforms. Maybe even some of the bad ones


The sun sets west of the happiness, nevertheless I'm gonna be there on your mind.