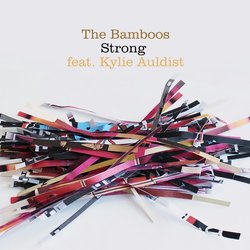 After more than eight albums over almost 20 years, The Bamboos are justifiably regarded internationally as one of the most progressive forces in soul music today.

The Bamboos will release 'By Special Arrangement' on August 2, featuring eight new orchestral arrangements of songs taken from across their career alongside two cover versions. Vocalists featured on the album are Washington, Tim Rogers, Dan Sultan and long time Bamboos singer Kylie Auldist. But possibly the crucial figure in the album is one of the country's most important arrangers, Ross Irwin.

Band leader / founder / guitarist Lance Ferguson felt that he must do something that would place a selection of their most loved songs in a totally new context, giving them new life. The results is an album that reinvents Bamboos songs within the setting of lush, sweeping strings, woodwind and brass, coaxing both the epic and intimate from classics take from their eight studio albums.