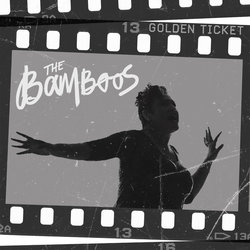 One can’t help feeling like the time is now for Melbourne nine piece funk-soul powerhouse, The Bamboos. Millions of listeners globally are already familiar with the winning combination of the band’s guitarist / leader Lance Ferguson and vocalist Kylie Auldist, thanks to ”This Girl” by Kung Vs. Cookin’ On 3 Burners. One of 2016’s biggest chart hits was a remix of a 2009 track by Ferguson’s former band that he co-wrote.

NIGHT TIME PEOPLE  is shaping to be the record that capitalises on that runaway success and brings their infectious and modern take on a timeless sound to a whole new world of listeners. The eleven tracks on the album reinvigorate the familiar arrangements and grooves of early funk-soul with the depth of a contemporary songwriting style, and all sung by one of the most distinctive voices in Australia.

Evolution is crucial to Ferguson and The Bamboos. To progress from their origins in instrumental Deep Funk to their current sound that is both familiar but forward looking, it takes time. And NIGHT TIME PEOPLE feels like it will be the album that declares to the world that the time has well and truly is now for The Bamboos.


Golden Ticket is the third official single from their recently released album NIGHT TIME PEOPLE, and comes ahead of their August national tour.