The Baker Suite - Shakespeare's Sonnet No. 2 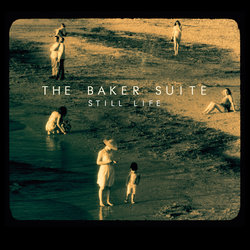 This is their most personal album yet, as John was diagnosed with Cancer late 2015. Still Life was delicately pieced together in-between chemotherapy sessions and hospital visits. The result is a beautifully crafted ten-track LP reflecting beauty and humanity. The passionate and thoughtful arrangements reveal life's tender and whimsical moments, as innate personal realities are laid bare.

Still Life moves gracefully from their signature folk/pop notes, into smooth blues arrangements and acoustic and bossa-nova influences. Baker composed all of the songs on the album, except for Shakespeare's Sonnet No. 2, where he wrote a classically influenced piece of music to Shakespeare's words, dedicated to the Bard on the 400th anniversary of his death.


As an admirer of William Shakespeare, I wrote music to accompany his words from Sonnet No. 2. This year marks the 400th year since he died in 1616.