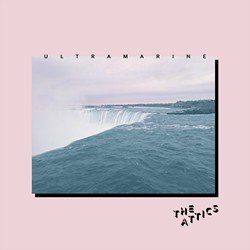 Born of the conscious stream of pop music Cameron Wade crafted from his bedroom in the regional Victorian town of Colac, The Attics came to life in an attempt to create a plush live band experience inspired by the likes of Conan Mockasin, Pond and Unknown Mortal Orchestra.

In 2016, the young band found their feet via the release of two glimmering singles ‘Not Like’ and ‘Bluffing’ and have since played multiple interstate tours and support slots with Ali Barter, Harts, Abbe May, The Pretty Littles and The Magic Bones.

The Attics took time to consolidate their own work before sharing a cohesive debut self-titled album in 2017. Co-produced by Cameron Wade and Isaac Barter (Canary, Didirri, Life Is Better Blonde), the record placed pulsating percussion at center-stage alongside the band’s signature canvas of washed out guitars.

A whirlwind 2017 came to a close with a quick jaunt across to North America including a festival slot at Indie Week Toronto. Several wintery weeks tied up in a Detroit hotel has seeded the beginnings of album number two. It’s early yet, but mixing is now underway with highly-acclaimed engineer Steve Schram manipulating The Attics sound into a bold and dynamic package.


Mixed by acclaimed engineer Steven Schram, ‘Ultramarine’ sees The Attics testing the elasticity of pre-established boundaries and stretching beyond any self-appointed limitations. Without denying their signature guitar jangle and catchy melodic charm, ‘Ultramarine’ slips away from the light and airy stream of pop consciousness that has served the outfit thus far and begins to plunge into thought-provoking depth.