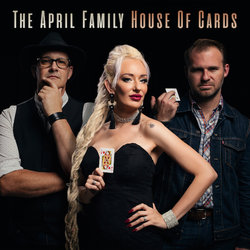 “What We Know Now”, was released in May 2017. With strong reviews and four well received singles, the album showcased the band’s varied songwriting, with hints of traditional country, blues, rockabilly and country rock, and high production values.

The live performing experience further defined the band’s sound, leading to the writing and recording of their second album, ‘House Of Cards’. With a focus on a leaner approach, showcasing a more ‘ensemble’ sound, and the writing from Carpenter and Whitney becoming more refined and deliberate, the band has kicked into a higher gear with a clearer focus and more ambituous aesthetic. Armed with a unique series of music videos to accompany the single and album releases, the album shows a maturity and intent that will lift the band to the next stage of their journey in the Australian Country Music scene.


At the end of a long writing day early in the process for album number 2, with only 20 minutes before home time, Whitney showed Carpenter this lyric concept. 20 minutes later the song was written around the finger picking exercises Carpenter had been doggedly practicing. This important song is written around the paralysing effects of depression and anxiety.