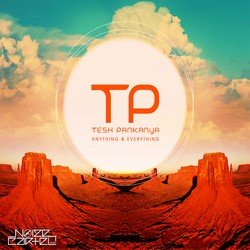 Who better to deliver some of the most amazing beats to the country and world than a producer and DJ across a decade long music career. Tesh produces music in styles ranging from chilled house vibes to deep progressive trance aura’s. Drawing an avid amount of inspiration from the likes of Above & Beyond, Gabriel & Dresden and Deadmau5, it is very clear in Tesh’s production value that his music is driven for the highest quality. His time has seen an array of signings across Noize Cartel Records, as well as Vicious and Vicious Bitch where his alias Dynobot pricked ears.

Tesh’s released his debut album ‘Anything & Everything’ expanding his musical horizon while still encapsulating the signature inspiration of the progressive, house and trance traits. The track titled ‘Stay’ went number one on the DJTunes top 100 house chart, reached number 9 in the top 100, and the album climbed to number 44 in the Beatport Top 100.


House music fans showed their love for the track 'Sway' as they could feel the groove and emotion behind the music which quickly took this track to the number 1 position in the DJ Tunes Top 100 charts.