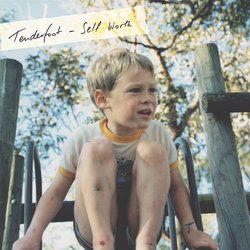 TO BE YOUNG follows the success of their 2016 EP BEGINNINGS, which featured tracks that received multiple syncs, including placements on MTV, Disney Channel, BBC, Neighbours, Spanish Moto GP, Wimbledon, Teen Moms UK, Ex On The Beach and more. To date the band have received over 1000 placements. Tracks ‘The Balcony’ and ‘Chasing The Rain’ were both featured on Triple j’s Home and Hosed and Roots N All programs, with ‘The Balcony’ being added to rotation on Double J and ‘Chasing The Rain’ garnering over 600K plays on Spotify.

Frontman John Vella has spent a lot of time in studios over the latest decade. Apart from writing music for TV and advertising he’s produced records for many of his peers. Currently he’s producing the much anticipated debut from inner west favourites The Andy Golledge Band, with his production partner Ryan Miller, who co-produced To Be Young with Vella and Emery.

Tenderfoot’s songcraft and reputation continue to grow as they begin to work on their next record and future opportunities.


New York’s Atwood Magazine, described "Self Worth" as “an epically intimate opus whose second half features a full orchestral accompaniment slowly rising, glowing brighter and more majestic toward a crescendo that never quite comes.”