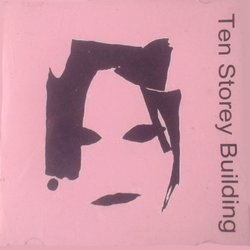 Ten Storey Building formed from meetings within the Lismore punk scene over 10 years. They started playing together in 2016 and have been creating lo-fi recordings in Lismore NSW Australia since then. In 2017 they released a four track demo of songs written by Geoff Lynne and Carolyn Cleak, and a five track self-titled EP was released in August 2018.

The band members are Carolyn Cleak (guitar and vocals), Geoff Lynne (guitar) and Brad Savage (drums). Geoff has played in north coast punk bands for the past 20 years, Carolyn has been writing and playing music since the Melbourne punk scene of the late 80’s, and Brad drummed for the legendary Strap-Ons.

They have a DIY aesthetic that has seen them creating their own recordings and videos and publishing them across a range of media platforms including YouTube, Facebook, N1M streaming site, and online radio. Radio play is weekly on River FM 92.9.


“Individual One” is an up-tempo post-punk song that depicts the detachment of becoming one’s self uniquely - and the fabulous world of fashion of course!

Other tracks by Ten Storey Building: Belong To Me  -  Come Back And See Me