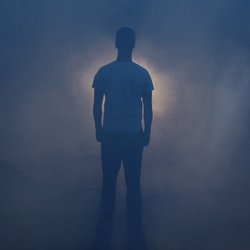 It’s been a fast start for the colossal 6-piece from Melbourne, Tempus Sun. Having been thrust dynamically into the heart of the music industry in such a short period of time, a strong foot hold within is imminent.

Lead guitarist and band founder Ed Borromeo wasn’t intending on forming a band when he gathered Andrew Wortes and Grant Hardisty to expand upon his musical imaginings. However before long, Wortes and Hardisty were to become lead vocalist and keyboardist respectively, and Borromeo’s first imagining was to be born into the band’s debut single, ‘Owls’.

With the Wortes out sick for a show and the band struggling to find someone to match his caliber, vocalist Rya Park accepted the invitation and exceeded expectation. As Wortes returned to the mix for a show, both singers were added to the gig by miscommunication, but led to the birthing of an ‘Of Monsters and Men’-esque dual lead vocalist element.

Rounding out the group is drummer Liam Purser and bassist Sean Close. The many and varying influences of the group synthesize to create a monumental soundscape that emits a cross pollination of genres including rock, pop and indie.


'Owls' is a unique blend of expressions and styles. The song won the ‘Listen Up Australia’ competition in October 2016, the track explodes in harmonious euphoria, whilst highlighting the importance of speaking up about mental health. Tempus Sun are now honoured to be official ambassadors of the charity organization.