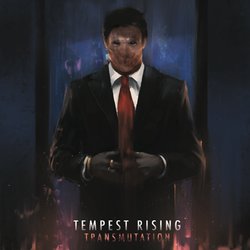 Hitting the stage August 2012 Heavy Metal outfit Tempest Rising have toured all over Japan, released their debut EP 'Calm Before The Storm' in 2012 AND released Single 'Dominion That Falls' in 2013... a prelude to their upcoming debut album which will be released early 2014. They have toured all over Australia and played with bands like King Parrot, Marduk, Taake, Psycroptic, Claim The Throne, Advent Sorrow, Psychonaut, Malignant Monster and more!

Tempest Rising are not your average metal band. They have cleans from high falsettos thru to operatic power vocals, they also have deep guttural growls and piercing screams. The vocalist Vin likes to keep things a mix between KoRn's Jonathan Davis, Disturbed's David Draiman, Lamb of God's Randy Blythe and Killswitch Engage's Howard Jones.

As for the groove laden music of Tempest Rising. James and Sheldon the guitarists both bring something unique and individual to the fold. James with his rich Thrash Metal background, idolising Slayer and Metallica and Sheldon with his unyielding dedication to Dream Theater! The riff's come out chunky, groovy, semi-progressive and with a bit of early core (Killswitch) thrown in for good measure.


Wretch is a heavy as hell power metal track - strap yourself in!

Other tracks by Tempest Rising: Dominion That Falls