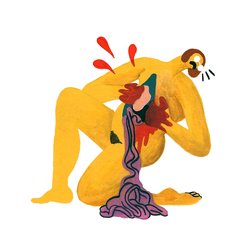 Ben Abraham is a soulful vocalist and in-demand songwriter, who recently signed with US label Secretly Canadian following tours with Emmy-Lou Harris and Sara Bareilles and collaborations with Wafia, Ta-ku and Gossling. Tim Shiel has long been a fixture of the Australian electronic music scene, both as an innovative producer (formerly known as Faux Pas) and as a radio presenter for Double J and triple j.

The two met backstage after Splendour in the Grass in 2012, and formed a close friendship which quickly evolved into a deep creative partnership. Telling emerged out of Ben and Tim’s shared love of pop song-craft, and an appreciation for emotion in music.


“New Love” showcases Telling at their most ambitious, it’s a bold anthem about picking up the pieces after things have fallen apart. Abraham passionately calls upon a friend to pull themselves together, while Shiel’s driving production weaves together a vast array of sounds, from harp progressions to string sections.