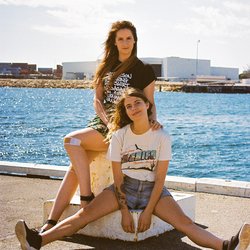 Telete will release their debut EP in June 2018, preceded by new single 'Like Honey'.


Telete's heartrending version of a lullaby, plush with warm, thick synths and triple-tracked strings: "There’s a strange comfort in saying an uncomfortable truth out loud: you take something you’ve internalised, a feeling that you carry in your stomach, chest and heart, and you push it all the way back out."