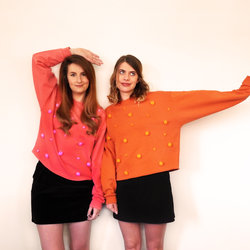 Over the last two years, Telete have supported Julia Jacklin, Alyx Dennison and Holly Throsby, as well as local favourites like Mei Saraswati and Akioka. They have also performed at notable events such as Hush (An Evening of Quiet Music), WAMFest, Hidden Treasures, RTRFM’s Radio Party and Ships in the Night.


Iridescent and melancholic, 'Basketball Boy' responds to a universally-shared lifetime of accumulated sexist microaggressions, languishing prettily under the weight of global, seemingly impenetrable gaslighting ("And he says, 'Most of what you're feeling is your own fault anyway'/He says 'If you choose to be offended then that's the choice you've made'").