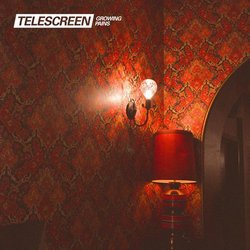 In the little over 18 months since they formed, Melbourne indie-pop band Telescreen have been quick to make a name for themselves in the Melbourne music scene. The first half of 2018 saw the band sell out their first ever live show and work alongside renowned Australian producer Dean Tuza (Stella Donnelly, The Rubens, A. Swayze & The Ghosts) to deliver the first taste of their euphonious Telescreen sound - the release of their two track 7” vinyl which featured their popular debut single ‘Crowded’.

Likened to their sonic influencers The Strokes and Methyl Ethel, ‘Crowded’ was a favourite within the radio community earning them regular spins on radio stations around the country including Triple J and Triple J Unearthed, 4ZZZ, FBi Radio, Radio Adelaide and SYN. This saw Telescreen land top 10 spots on both the Triple J Unearthed and AMRAP charts where they sat amongst Australian greats such as Courtney Barnett and Dan Sultan.


As part of debut EP Growing Pains, new tracks, ‘Caught Up’, ‘You Know Me’, ‘Reminder’ and ‘To Sleep, To Breathe’, alongside their previous singles, see Telescreen venture through terrains of anxiety, personal growth and love through touching lyricism, and carefully curated sonics.