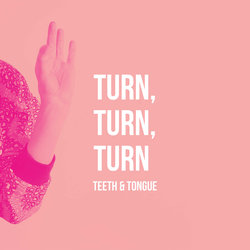 Jess has crafted kitchen-sink dramas and relationship vignettes that follow a lineage from Ken Loach through Jarvis Cocker. As the New Zealand-born, Melbourne-based songwriter explains, “In the past I’ve written personal material, but this album is more about observation. I was reading essays by [American poet] Eileen Myles and she has this stream-of-consciousness style, no filter.”

Teeth & Tongue has performed at SXSW and CMJ, appeared on Rockwiz several times, played the Falls and Laneway festivals, toured the USA and Europe, and once spent four weeks making an EP in public at the NGV. 2015 saw the band tour nationally with Courtney Barnett and Jess was invited to participate in the Nes Artist Residency in North Iceland, where she wrote material for the new record.

Give Up on Your Health is out 2nd September through Dot Dash/Remote Control, with USA distribution by Captured Tracks. Teeth & Tongue will be touring the album across Brisbane, Sydney, Melbourne and Hobart in September/October.


Jess wrote ‘Turn, Turn, Turn' while very temporarily staying in West Brunswick. The first half was actually written on an acoustic guitar.

For a while, when they played the song live, they would segue into the Beach Boys' ‘Kokomo’ halfway through, unfortunately that version never made it onto the record.