Amrap's AirIt | Australian Music Radio Airplay Project :: Rock :: Teen Jesus and the Jean Teasers - I Like That You Like That 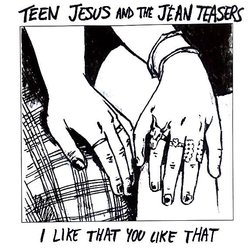 Breaking away from the power-pop style from their latest release, Teen Jesus and the Jean Teasers are growing up; and so is their sound. After taking a break in 2018 to finish up their schooling, the girls have finally released their debut as a four piece with their new single "I Like That You Like That", which shows off their 90's alt-rock-era influences and is a housewarming for their new sound.

Formed in 2015, Teen Jesus and the Jean Teasers rapidly built up a name for themselves throughout Canberra after coming through Triple j Unearthed High. Soon playing alongside acts such as Hoodoo Gurus, Polish Club, Bleeding Knees Club, Northeast Party House, RAAVE TAPES, and are set to support the likes of Alex Lahey, Press Club, Spiderbait and Good Doogs in the coming months.

The girls have also scooped up the opening slot on the Triple j stage for Canberra Groovin The Moo 2019, as well as already performing at St Jerome’s Laneway Festival Sydney this year.

Teen Jesus and the Jean Teasers have started their 2019 off with a bang, and have only more in store in the coming months; their new single being only the beginning.


Gaining inspiration from the 90's alt-rock-era, 'I Like That You Like That' is punchy and upbeat, and is the girls' debut of their new sound.