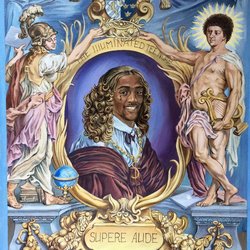 Born in the ancient city of Adis Ababa in Ethiopia and adopted out to Australia as a young child, TeeNoah – Tarik Noah as he is formally known – has used music as his way to spread his message of love, life and self-discovery.

The 26-year-old’s commitment to music is inspiring having quit his run of the mill job as a lawyer for Australia’s Supreme Court earlier this year to concentrate on his journey in to music, quite a fitting narrative for his next single ‘Believe’.

Through his work as a lawyer, TeeNoah was on a private mission to discover the immutable laws that govern man’s life on Earth and the secrets to his happiness.

TeeNoah is an optimist at heart. Taking inspiration by artists including Nas, James Brown, J Cole, Kendrick, Eminem, the late great 2Pac and the culture of art and life in general, don’t be so quick to pigeonhole him as just another hip-hop wannabe.

TeeNoah ingests soul and charisma in to his lyrics and is already being vocally applauded by critics who describe his voice to “resonate with sage wisdom and experience” (LifeWithoutAndy.com) for a man of such young age.


‘Believe’ is inspired by TeeNoah leaving that 9 to 5 to pursue his crazy dream which promises nothing and his new found understanding that the ultimate objective for us all is the same, to know love, to be loved and to give love.