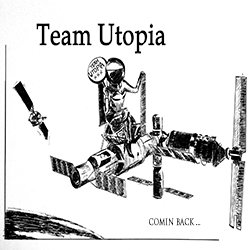 Under the aptly titled Comin Back, the double A side featuring, Addiction and Waiting for You is released this July.

The songs were written by Team Utopia and inspired by broken love and personal battles. One powerful little release of emotions

The Comin Back release was recorded at Star Audio Studios in Brisbane and tracked and engineered by BJ McGuinness. The tracks were then lovingly crafted in mix down by Russell Pilling at DG's while singer Dan Nebe cut his vocals in Sydney.

Final touches from Ex USA mastering guru Andrew beck were added on Sydney's central coast to really polish the tunes for radio and release. And there you have it another killer release from this exciting band.

Catch then live at them live at Rockin 4 the Homeless events and various rock savvy venues around the country. The band are currently in negotiations for a USA West Coast run in Feb 2020.


Classic hard paced up-tempo rock from this dynamic Brissy outfit. Taking a leaf from their popular live set you can almost hear the punters singing along and moving on the dance floor to this tune.

Other tracks by Team Utopia: Waiting For You
%