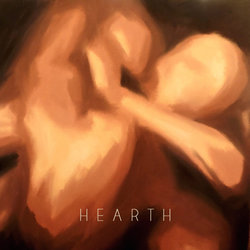 It has been an exciting year for Teal. Rock royalty Lucius Borich (Cog, FloatingME) produced their debut EP 'Hearth' and the first single 'Solitaires' was picked up by Dom Alessio, Richard Kingsmill and Rosie Beaton for spins on their respective triple j shows.

They have a huge end of 2013 planned after announcing they will open for The Butterfly Effect on their east coast tour dates in October.

The band have just completed a successful headline tour (including a sold-out show at Sydney’s Spectrum) and the news follows the release of the band’s debut EP ‘Hearth’ which has so far seen airplay for lead single ‘Solitaires’ on triple j, FBi, 4zzz and community radio nationally.


'Solitaires' is the first single from Teal's debut EP 'Hearth'